The Start line can be a scary place when you get several boats over 40 feet in length vying for position on rough and windy waters in San Francisco Bay for even the most experienced sailors, so I wasn't a bit surprised when my 12 year daughter Ava tried to bail out of skippering with 10 minutes to go at the start.  We just hung back and let everyone else go ahead so it wasn't so stressful, then the girls took turns driving a great race, passing two boats before the finish!  They laughed a giggled a lot while driving and looking for the next mark, while crew Jill and I trimmed the sails and coached them around the course.  I have to admit it's hard not to get too competitive after a lifetime of hardcore racing but it's all fun at this age (the girls are ages 9-13) and the team did a fantastic job even if we didn't win a trophy this year I'm soooo proud of them!  Cadence on the helm wore a smile he whole time... 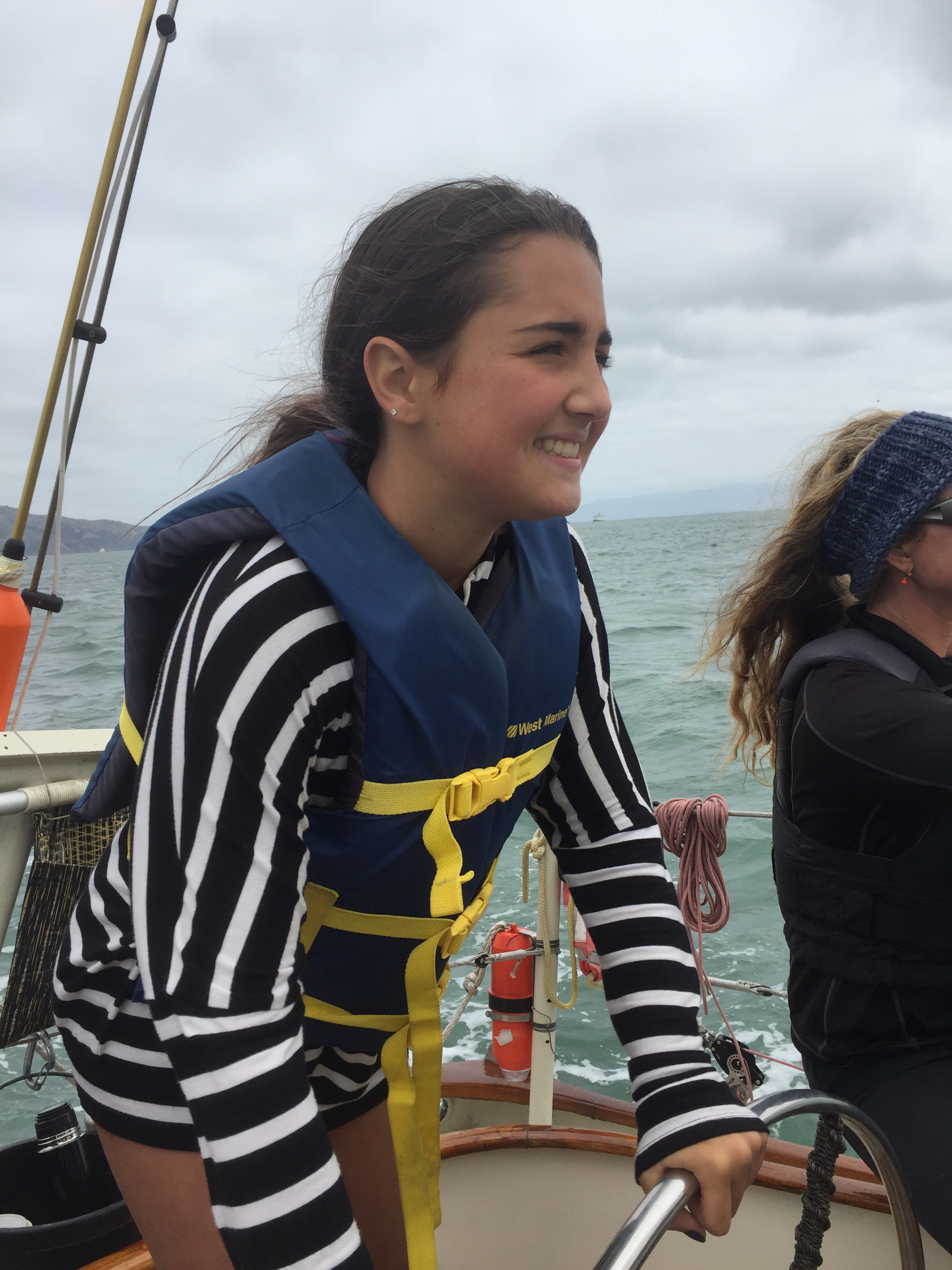 Abby mostly had her game face on except when the photo boat came around to take her picture... 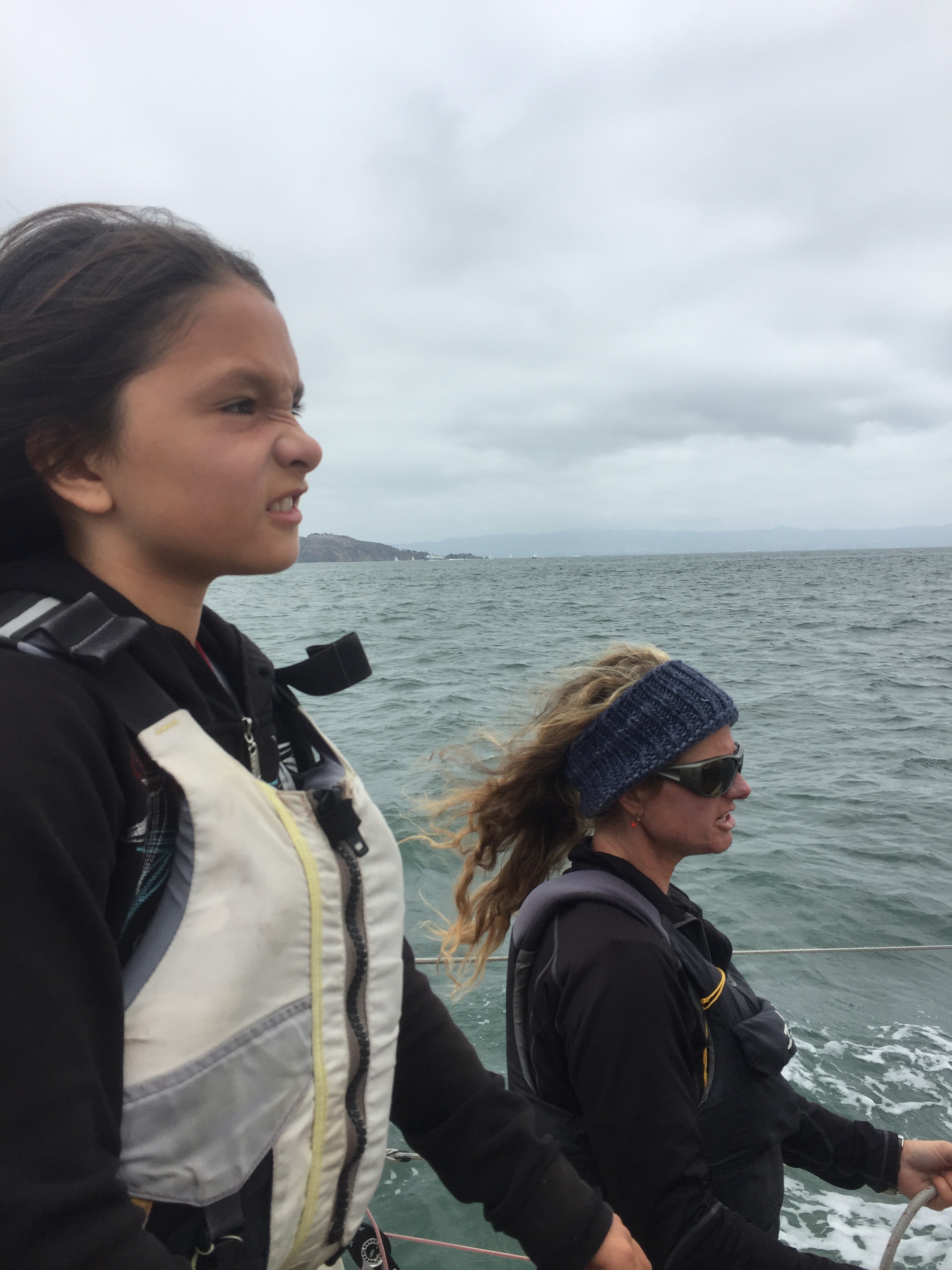 Teamwork was great with each girl switching up jobs throughout the race... 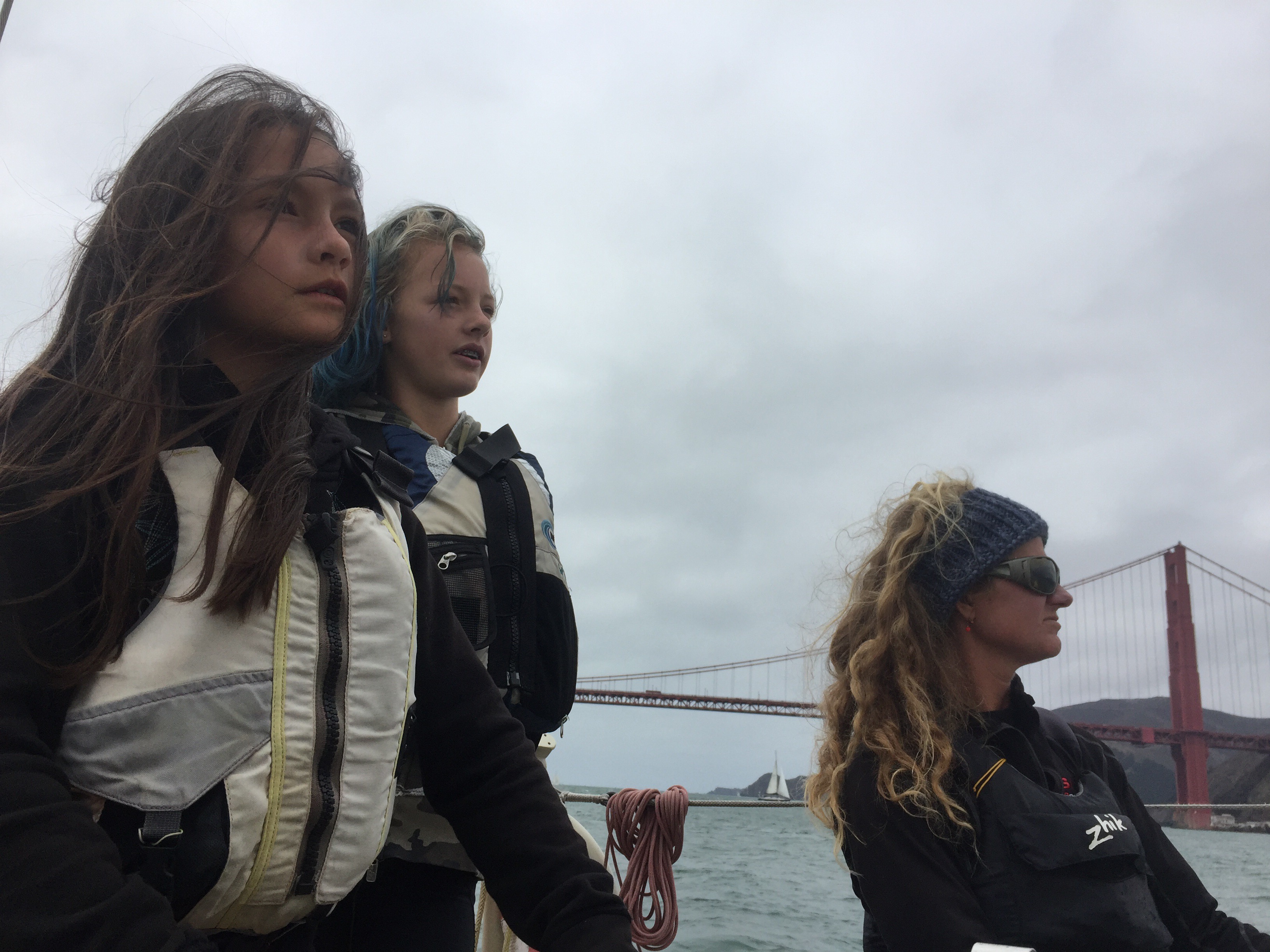 My daughter Ava didn't want the spotlight but she is a natural at the helm nonetheless... 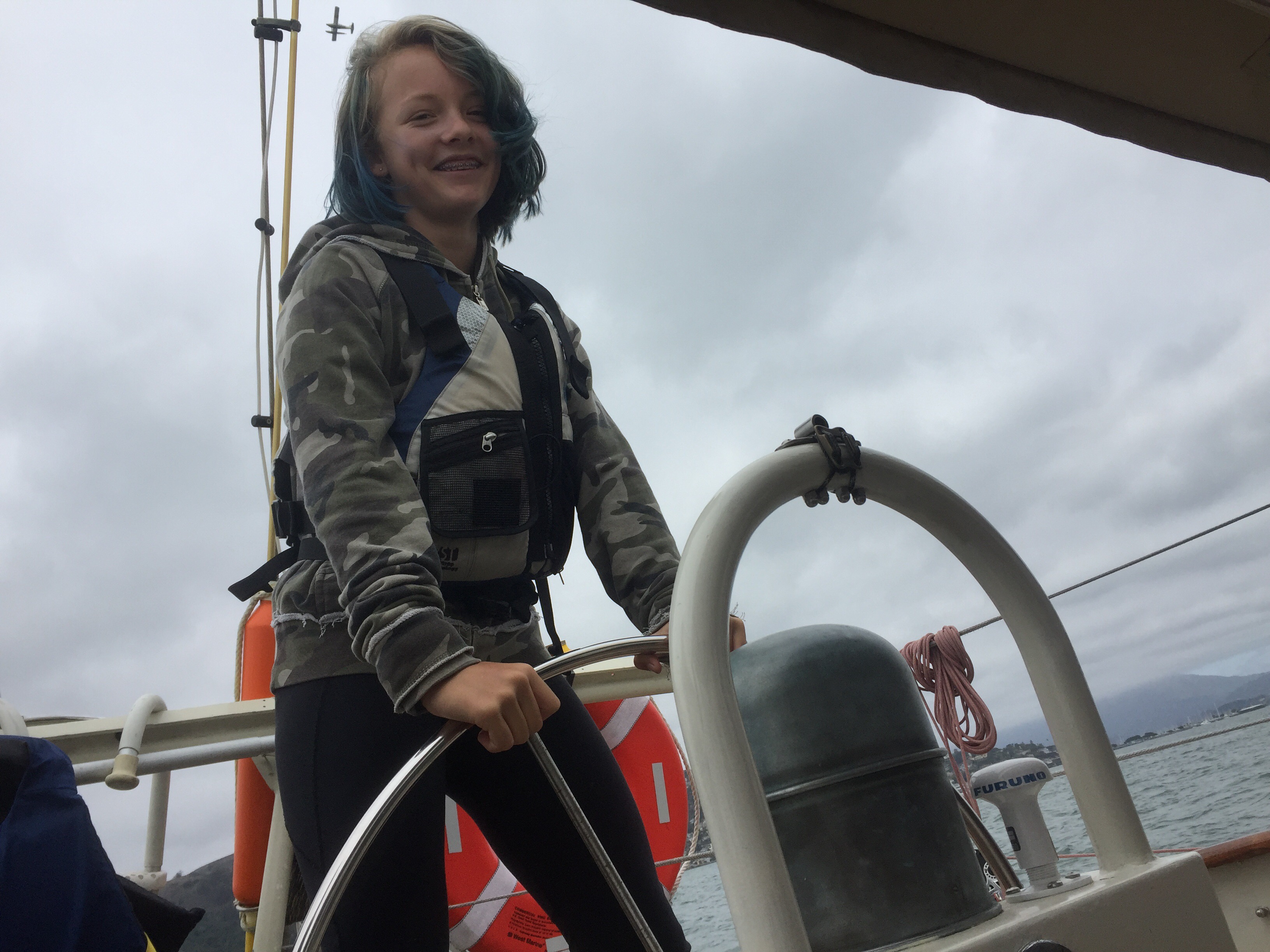 Not shown (because she took all the pictures) is our fantastic crew Jill- thanks team!
‹ Previous   |   Next ›