Marking the seasons by the appearance of migrating creatures

I grew up marking the seasons by the change in temperatures, the falling, growing or absence of leaves and the rain, snow or melting of ice.  Here in California I thought we had no real seasons at first because you could not count on summer to be warm or winter to be cold.  Different things bloomed at different times but something was always blooming.  After almost 20 years on the San Francisco Bay it dawned on me that I've come to mark the seasons by the animals and birds that come and go.  That, too, has been a moving target with sometimes a winter crab season, sometimes a spring one and sometimes none at all, but for the most part I welcome the arrival of each season now by the arrival of critters.  We just saw the first ball of herring arrive today.  The whales will start to migrate north up the coast over the winter with a few stopping to enter the Bay momentarily and then we will see them again on their way south.  Several bird species show up only in winter and I really look forward to the occasional mandarin duck with all its crazy colors.  This guy below lives here year-round, however, and is getting to be so comfortable with us as his neighbor that he no longer flies away when I walk past! 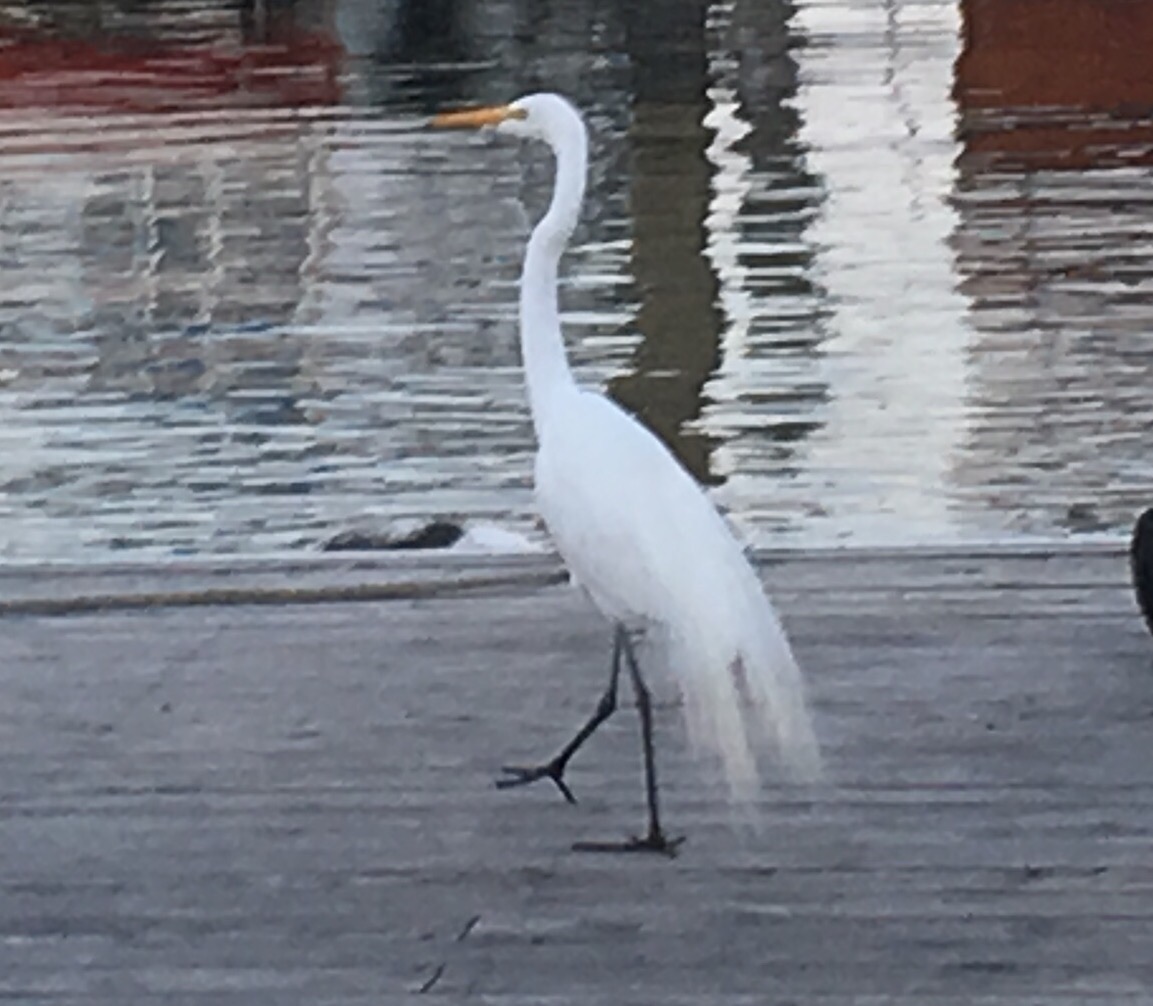